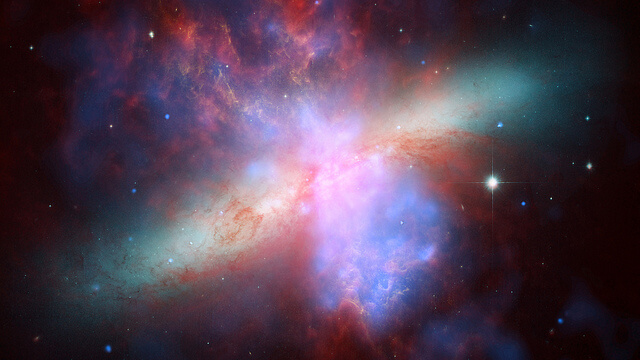 The debate over whether psychokinesis/telekinesis are real has been raging for centuries, with both sides being adamant that they are correct. Quantum physicists, in particular, are fiercely opposed to even a discussion about anything parapsychological. They will tell you that, based on the laws of physics, there is no conceivable way that anyone could move or manipulate any piece of matter with their mind. End of discussion.

Let’s try to look at the question a little more objectively. There are alleged facts on both sides of the argument, and both sides have scientific backup (notwithstanding parapsychology’s having less mainstream scientific approval).

First of all, what, exactly, is psychokinesis/telekinesis? Here’s a breakdown of the roots of the word:

Kinesis, also from the Greek, means movement or motion.

Psychokinesis literally means mind-movement. It refers to the direct influence of the mind on a material object.

Aside from Jedi Knights and Sith Lords, can human beings really manipulate their environments with their minds (as Uri Gellar and Michael Crichton both claim to be able to do by bending spoons)? Psychokinesis, a branch of parapsychology in which you will find the study of telekinesis (thought movement), attempts to prove just that.

Dr. Robert G. Jahn, of Princeton University, spent 25 years (he is now retired) amassing an enormous database of practical findings that suggest this phenomenon is real. I say suggests, because Jahn had no firm finding. However, Dr. Jahn founded the Princeton Engineering Anomalies Research (PEAR) group, which conducted innumerable experimentations, in controlled environments and using a range of instruments, to measure the effect of the power of the human mind.

Jahn used Random Event Generators (REGS), which are designed to give completely random output, such as letters or numbers (for example, the letters a h s c u p w, which are random and have no significance). With no attachment at all to the REGS, Jahn asked his subjects to endeavor to influence the machines’ output exclusively using their mind (in the case of a random number generator, for instance, they were asked to influence the output to be higher or lower than the previous number). No one was asked to bend spoons or move furniture.

The results of these tests were so small, they would normally go unnoticed or be disregarded by the scientific community. However, when composited over the thousands of snippets of data acquired, the results in fact amounted to something more significant.

Remember, this was data culled from 25 years of research, not some junk science that is easily dismissed. That much empirical data, gathered under scientific conditions, is difficult to repudiate.

Mind Power on a Global Scale

A colleague or Dr. Jahn’s, Dr. Roger D. Nelson, who also worked at PEAR, took Jahn’s labors to an entirely different level with the Global Consciousness Project. Nelson, rather than testing one individual at a time, chose to study groups of people. He began working in group meditations, then enlarged his study by linking 70 REGS, in various locations around the world, to his computer at Princeton. For the most part, nothing happened, until some exceptional event occurred.

During major international events, such as 9/11 or the death of Princess Diana, did occur, there was extreme upward movement in the graphs. Indeed, it was feasible to foretell intensified graph activity when a major event was approaching.

While some might be inclined to disregard the Global Consciousness Project as junk science, we must keep in mind that the study was not just supervised by Nelson, it had contributions from 75 respected international scientists.

While the people behind these investigations are adamant that the science is real, something that is still in dispute is what the findings actually mean.

Those behind the investigations remain adamant that the science is very real with Dr Jahn going as far as to say: “If people don’t believe us after all the results we’ve produced, then they never will.”

Physicist Dick Bierman said of the Global Consciousness Project that the effects were very real and the only thing in dispute is what the results actually mean.

Many in the scientific community dismiss Dr. Jahn’s work out of hand, claiming it is inherently flawed and worthless due to lack of peer reviews. But many scientists simply dismiss the work as preposterous without ever taking a look at the research; others think that lending their support to something that is considered by many to be technobabble and gibberish puts their own career prospects at work and risks their credibility.

In his blog post about parapsychological research and quantum physics, physicist Sean Carroll depicts those who support such research as “folks who have fallen prey to sloppy research, unreliable testimony, confirmation bias, and wishful thinking.” He is emphatic that the laws of physics as we understand them leave absolutely no room for telekinesis, telepathy, or anything of the sort. He blasts the research done in this field, calling it shoddy and with no real basis in science.

Carroll asserts that, while there are many things we don’t understand about biology, neuroscience, or, especially, the ultimate laws of physics, there are many things we DO know. And with what we know, he says, it takes only the most rudimentary of models to conclusively rule out any indication that we can impact objects remotely by the mere workings of our thoughts.

He states: “If parapsychologists followed the methodology of scientific inquiry, they would look what we know about the laws of physics, realize that their purported subject of study had already been ruled out, and within thirty seconds would declare themselves finished. Anything else is pseudoscience, just as surely as contemporary investigation into astrology, phrenology, or Ptolemaic cosmology. Science is defined by its methods, but it also gets results; and to ignore those results is to violate those methods.”

He also goes into a great deal of physics which is, for the most part, beyond this writer’s grasp; however, the implications are that only the science with which we are already familiar is legitimate science, and everything else, anything that lies outside the boundaries of field physics or quantum theory, is not legitimate at all.

In the end, we have to decide for ourselves what to believe. There are convincing arguments on both sides, although the physicists seem to get themselves far more worked up about being correct than the parapsychologists (and Carroll’s post reads somewhat like a toddler stamping his feet). There are many phenomenon that science has yet to explain; that does not mean the phenomenon cannot be explained by science, just that they have not been explained yet. We may not know what the results mean, but we most assuredly know that there have been results.