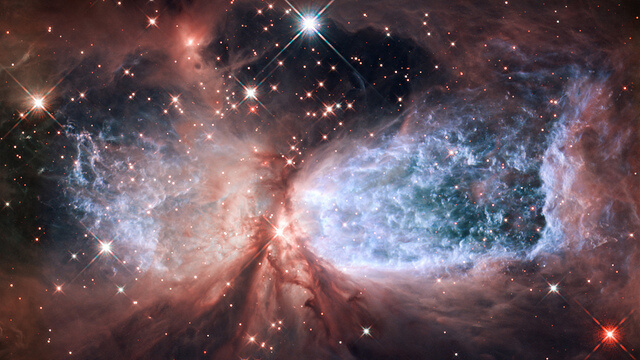 Cognitive abilities, or skills, are a set of key functions that facilitate, and are crucial to, learning. Cognitive literally means “brain,” and cognitive skills are the equipment we all possess, to a greater or lesser degree, that help us think and process information in a variety of ways. Keep in mind that, while a particular skill may not be highly developed in an individual, we can train our brains to elevate our abilities where we find them wanting. In this article, we will discuss perception, attention, memory, motor skills, language skills, visual and spatial processing, and the Executive Functions.

The definition of perception is, “the organization, identification, and interpretation of sensory information in order to represent and understand the environment.”  All perception comprises indicators in the nervous system. These indicators, or signals, are the result of physical or chemical stimulation of the sense organs. However, perception is not merely a passive recipient of these signals. Expectation’s response to the stimuli is shaped by learning, memory, expectation, and attention. The “bottom-up” processing of the signals changes low-level data to a higher level (for instance, it extracts shapes for object recognition); “top-down” processing denotes an individual’s concept expectations, and selective mechanisms (i.e., attention) which in turn influence that our perception. While in reality it hinges on highly complex functions of the nervous system, perception seems almost entirely effortless because it occurs outside of our conscious awareness.

A concept studied in cognitive psychology, attention denotes how we dynamically process certain information in our surroundings (environment). As you are reading this, you are surrounded by multiple distractions – the smell of coffee brewing in the kitchen, the sight of cars passing on the street outside your window, the rough denim of your pants, the vague memory of a dream you had the night before. Attention is how we focus on a single element in our environment – reading this – despite myriad distractions. Psychologist and philosopher William James said that attention “is the taking possession of the mind, in clear and vivid form, of one out of what may seem several simultaneously possible objects or trains of thoughts…It implies withdrawal from some things in order to deal effectively with others.” Attention is like a highlighter. As you study a text, the highlighted sections stand out, which in turn causes you to focus on that specific area. It allows you to tune out extraneous information, perceptions that at the moment are irrelevant, and concentrate your energy on what IS important.

The term “memory” denotes methods that are used to acquire, store, are encoding, storage, and retrieval. Encoding is the process by which we change information into a usable form. The memory is then stored for later use and, when we need to actually use it, we retrieve it from our subconscious. All of this usually occurs outside of our awareness, except when we actually need it. The retrieval method allows us to move stored memories into conscious awareness.

A “motor skill” is a deliberate effort that consists of a muscular element and which must be learned and voluntarily made to competently complete a particular goal. Motor skills are voluntary, learned movements that are goal-oriented and have a certain level of aptitude.

The movements by very young infants are, for the most part, reflexive. Infants are exposed to an enormous number of perceptual experiences and, progressively, the baby discovers that certain involuntary and reflexive movements may result in pleasing sensory experiences. At this stage, the infant will try to replicate those motions in order to experience the enjoyable sensation.

There are three stages of motor learning: the cognitive phase, the associative phase, and the autonomous phase.

One of the definitions of “language” is “a system of symbols that permit people to communicate or interact. These symbols can include voal and written forms, gestures, and body language.” But another, easier way to define “language” is in terms of four very simple to understand basic language skills: listening, speaking, reading, and writing. In the listening phase, when we are trying to learn a new language first hear it spoken. Eventually, we will try to repeat what we hear, and this is the speaking phase. Later, we will see the language depicted symbolically in print – the reading phase. And, finally, we reproduce those symbols on paper in the writing phase. While that may sound absurdly simple, keep in mind that the cognitive abilities that we discussed earlier are all at play here, and we learn language skills in much the same way we learn anything else.

Visual processing is a reference to the optical cognitive abilities that permit processing and interpretation of the information that we gain through our eyesight. It plays a large and important part in spelling, mathematics, and reading.

Visual processing is often subdivided into categories. Visual discrimination is the capacity we have to be cognizant of the distinguishing features of forms including shape, size, color, and orientation. Visual figure ground is the capability to differentiate an object from extraneous background stimuli. Visual memory is the capability to preserve information over an acceptable period of time. Visual sequential memory is the capacity for distinguishing and remembering an arrangement of objects, letters, words and other symbols in the same order as originally seen. Visual form constancy is the capacity to distinguish things as they change size, shape, or orientation.

Visual-spatial skills refers to the capacity for grasping directional theories that unify outer optical space. These abilities permit the person to develop spatial (three-dimensional) concepts, such as front and back, left and right, and up and down as they relate to their body and to objects in space. Well-developed visual-spatial skills are essential for athletic performance, rhythmic activities, coordination and balance, and the use of the whole body in work (rather than the use of one side where the other side does not participate).

These are a set of cerebral processes that help link past occurrences with present action. We use it in activities such as planning, organizing, strategizing, paying attention to and remembering details, and managing time and space (such as planning furniture for a room). These functions are the key to what is called “working memory.” Since the brain remains capable of maturing and developing connections well into later life, your executive function capabilities are shaped by both physical deviations in the brain and by familiarity due to experience, in the classroom and in the world at large.