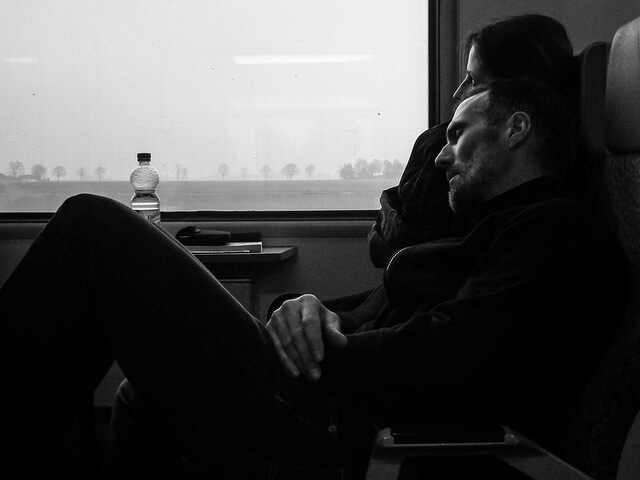 Humans and other animals have always slept, and the study of sleep and dreaming has been around almost as long, albeit not in any scientifically recognized way. When we discuss the history of sleep and dreaming, however, we must include the earliest of attempts to “figure out” our dreams in even the most mystical of ways.

The Egyptians seem to be the first civilization to have analyzed dreams and try to give them meaning. They held to the theory that we have three bodies: the Shat (corpse body), Ka (the living, physical body), and Ba (the soul).  In hieroglyphics, Ba was many times depicted as a bird with a human head, floating above the corpse or sleeping body. The Ba could be defined as the individual, but in an out-of-body experience or state. This could have been the lucid dreaming consciousness, but we have no way of telling.

The Greeks, as was their practice, wove the Egyptian concepts of dream interpretation into their own philosophies. In 350 BC, Aristotle, in an attempt to cast aside superstition and give sleep a scientific basis, put forth the theory that sleep ends when digestion is completed. Although this is completely wrong, one must metaphorically pat Aristotle on the back for at least trying to be scientific.  The rest of the scientific community ignored sleep and dream research for another 2,000 years, making this the most understudied of all the scientific fields.

In 1729, French geophysicist Jean-Jacques d’Ortous de Mairan decided to test whether the opening and closing of the leaves on the heliotrope plant were in any way related to the sun. Although placed in a dark area and deprived of sunlight, de Mairan noted that the plants nonetheless opened and closed at the same times each day. He ascribed this phenomenon to some internal clock in the plant’s makeup. De Mairan had discovered the Circadian Rhythms.

The human Circadian Rhythm is a 24-hour cycle compelled by our biochemical, behavioral, and physiological processes. We enter our deepest, most restorative sleep at about 2 AM, and we have the lowest basal temperature at around 4:30 AM. By contrast, our greatest alertness is around 10 AM and we are most adeptly coordinated around 2:30 PM.

Your internal clock changes to work with your daily habits and can resynchronize itself when you take on a graveyard shift and sleep days, or even when you cross several time zones in a matter of hours.

Sleep and dream research was permanently altered in 1900, when the psychoanalyst Sigmund Freud published his now-infamous tome, The Interpretation of Dreams. Despite later work which discredited a lot of Freud’s theories, this seminal work introduced the id, ego, and superego, terms which are still used in psychiatry today, to analyze and understand dreams and their implications. Freud contended that dreams were wish-fulfillment on the most basic level; that we all had repressed desires and memories; and that these desires and memories came out in the form of dreams. Freud believed that, rather than foretelling the future, our dreams held deep psychological meanings. And while his own neuroses and biases played a large part in his research, no one can dispute the fact that the paradigm shift as a whole, from voodoo to neuroscience, was impressive.

After The Interpretation of Dreams and other works, our internal lives began to take on a greater depth and interest than they ever held for us before. More people began seeking analysis for their problems, determined that their dreams held the key.

Not long after Freud, scientists began to take an active interest in sleep, and the history of sleep and dreaming took a turn for the technological. Scientists in the US and abroad began using the EEG machine to measure brain waves and the connection between REM (Rapid Eye Movement) sleep and the stages of dreaming.  This link between the physical and the purely mental aspects of dreaming paved the way for the current interest in Lucid Dreaming.

Tibetan monks in the 8th century can be credited with the first application of lucid dreaming. Through a technique called Dream Yoga, these monks learned how to control their dreams with what is now widely known as Wake Induced Lucid Dreams (WILD), during which you remain completely conscious and slip directly into a dream state.

The term “lucid dreaming” was first used by Dutch psychiatrist Frederick van Eeden, in his 1913 work, A Study of Dreams. Van Eeden wrote, “In these lucid dreams the reintegration of the psychic functions is so complete that the sleeper remembers day-life and his own condition, reaches a state of perfect awareness, and is able to direct his attention, and to attempt different acts of free volition. Yet the sleep, as I am able confidently to state, is undisturbed, deep and refreshing.”

In the 1960’s lucid dreaming was scientifically classified by Celia Green, who realized it was a separate state of consciousness. Green can also be credited with identifying the scientific potential, being able to make the connection between REM sleep and “false awakenings.”

In 1975, Alan Worsley at the University of Hull in London managed to signal to researcher Keith Hearne, in the outside world, that he had reached lucidity. He did this with a series of previously agreed upon eye movements.

But Hearne’s research was not on the wavelength of the mainstream science journals, and so it was Stephen La Berge, in 1978, who performed the same experiment and published data on the first scientifically-verified signal from a dreamer’s mind to the outside world. La Berge is still a leading force in the study of dream lucidity as founder of The Lucidity Institute and author of Exploring the World of Lucid Dreaming.

The Lucid Dreaming Forum states that, in 2009, a study conducted at the Neurological Laboratory in Frankfurt, Germany, showed significantly increased brain activity during lucid dreams. The EEG machine recorded frequencies in the 40 Hz (or GAMMA) range in lucid dreamers during conscious REM. This is far higher than the normal dream state (THETA range, or 4-8 Hz) and perhaps more alert than you are right now (BETA range, or 12-38 Hz).

These researchers also determined that there is amplified activity in the frontal and frontolateral areas of the brain, which is where language thought and other higher mental functions, linked to self-awareness, are seated. This provides support to the theory that lucid dreaming is its own unique state of cognizance, separate from any other mental state.