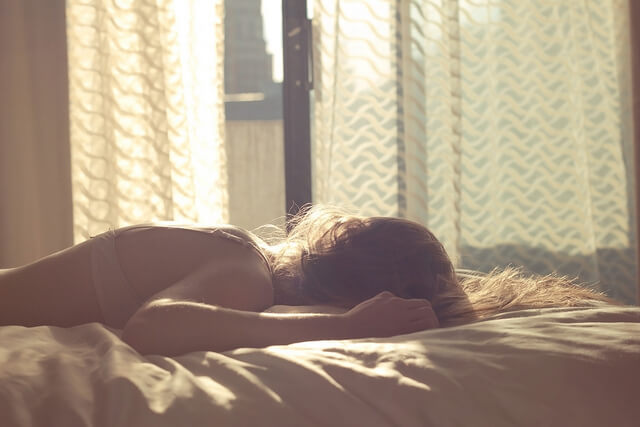 The question of why we sleep has been a subject of scientific study for centuries. And while science has yet to provide us with a concrete reason, there are several theories as to why we spend a third of our lives asleep and dreaming.

One way to think about the function of sleep in the body is to compare it to eating. When the body is low on fuel, it sends signals to the brain, and those signals tell us we’re hungry. In much the same way, when we need to sleep, our bodies send signals to the brain telling us we’re sleepy. But while both eating and sleeping are fueled by intense biological drives, the body’s need for sleep cannot be ascribed to merely biological needs.

While scientific research has given us a few favorable theories to explain why we sleep, there will probably never be just one definitive answer to that age-old question. However, the following theories attempt to give us an answer.

Also called the “adaptive” or “evolutionary” theory, this very early model suggests that sleep was originally a survival function designed to keep animals out of harm’s way during periods when they would likely be in the most danger (from predators and other threats). Conversely, the simple counter to this argument is that, while being still and silent in the face of predators is helpful, being unconscious in the dark is not helpful in the face of an emergency, and that it is always preferable to remain conscious, even while lying still in the dark. Therefore, there does not seem to be any real advantage to being asleep if security is vital.

Considered by many scientists to be strongly related to The Inactivity Theory, The Energy Conservation Theory proposes that sleep is necessary for animals to conserve their energy resources. While not apparent in societies where food sources are plentiful, this Theory suggests that, since most animals’ metabolism is drastically reduced during sleep (by as much as 10% in humans and even more than that in other species), sleep has evolved as a way for animals to conserve energy during periods when it is least efficient to hunt (i.e., at night and in the dark).

The concept that sleep somehow conserves and revitalizes the body, particularly the brain but the whole organism as well, has been gaining support from the scientific community in recent years. It is an established fact that certain functions of the body, such as release of growth hormone, muscle growth, tissue repair, and protein synthesis occur mostly, and in some cases solely, during sleep. In studies done in recent years, animals deprived entirely of sleep completely lost their immune systems and died in a matter of weeks.

Another body function that occurs only during sleep is the body’s ability to clear adenosine, a by-product of the cells’ activity, from the system. Related to cognitive ability and brain function, this clearing of adenosine during sleep causes us to awake refreshed and alert, while during waking hours the adenosine build-up causes us to feel tired and promotes sleep. An interesting aside to this is that coffee blocks the effects of adenosine in the body, causing us to be alert despite lack of sleep.

A recent and highly persuasive elucidation for why we sleep is founded on conclusions that have found sleep is interrelated to changes in the configuration and organization of the brain. This occurrence is called “brain plasticity.” While not completely understood, The Brain Plasticity Theory’s link to sleep has many ramifications.  It has recently become clear that sleep plays a central role in the brain development of infants and children (babies spend approximately 13 to 14 hours asleep per day, half of which is spent in REM sleep). The link between sleep and brain pliability in adults is also becoming clear (as seen when sleep deprivation impacts on an individual’s ability to perform an assortment of even the simplest tasks).

Despite the fact that these theories have not yet been proven as fact, there have been tremendous advances in discerning what happens in our bodies during sleep, and what parts of the body regulate the sleep cycles that delineate our days, weeks, months and years throughout our lifetimes. While none of this research definitively answers the question of why we sleep, it does open the door for generative ever-new knowledge about this vital part of our existence.