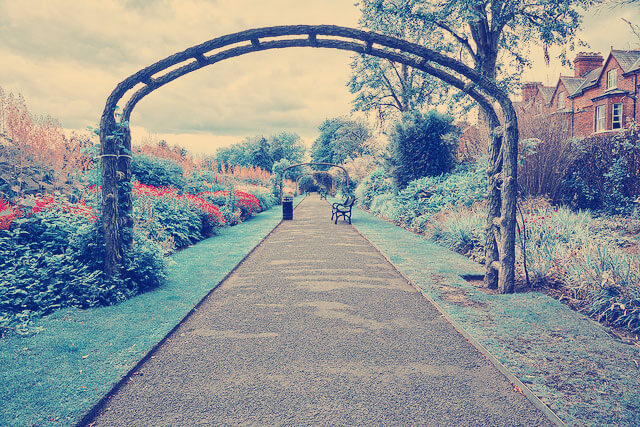 Meditation is one of the few things in this life about which there is nothing bad. There is no such thing as too much, spending time on it cannot in any way hurt you, and in fact the more you do it, the better you become in so many areas of your life. The following is a short list of some of the known benefits of meditation.

It Helps You Focus.

In meditation, we practice directing our attention to one thing, and being aware of when it drifts. Because of this, meditation actually improves our focus when we’re not meditation. This is a lasting effect that comes from regular practice of meditation.

It Makes You Less Anxious.

Even though this particular benefit’s explanation is very technical, you’ll want to read it anyway, because it’s also fascinating. The more we meditate, the less anxiety we have, because we’re slackening connections of particular neural pathways. And while this may sound like a bad thing, it’s actually not.

What happens without meditation is that the section of our brains that’s sometimes called the Me Center (it’s technically the medial prefrontal cortex), which is the part that processes data relating to ourselves and our experiences, is very strong (when we experience scary or disturbing feelings, it triggers a strong reaction, making you feel scared and under attack).

When we meditate, we weaken this neural connection. This means that we don’t react as strongly to sensations that might have once lit up our Me Centers. As we weaken this connection, we simultaneously strengthen the connection between what’s known as our Assessment Center (the part of our brains known for reasoning) and our bodily sensation and fear centers. So when we experience scary or upsetting sensations, we can more easily look at them rationally. For example, if you get hurt or feel pain, you can watch the pain levels rise and fall without getting drawn into an internal narrative about what horrible thing might be causing it.

It Makes You More Creative.

This is not the easiest thing to study, but there is some data to support the statement that meditation increases creativity. Research done at Leiden University in the Netherlands, which concentrated on focused-attention and open-monitoring meditation, was done to determine if creativity was improved after the meditation sessions. Focused-attention meditation did not show any improvement; however, open-monitoring meditation showed that the subjects performed better at a task that asked them to come up with new ideas.

It Makes You More Compassionate.

Studies have proven that compassion and empathy are greater in those who meditate regularly. In one experiment, subjects were shown a group of photographs of people that were either good, bad, or dispassionate. The subjects who meditated regularly were able to better focus their attention and turn down their emotive responses to these images, even when they were not in a meditative state, than those who did not meditate.

Research has shown that this ability comes from activity in the amygdala, which is the part of the brain that handles feelings. The amygdala usually shows decreased activity during meditation but, for some reason, during this study, it proved to be extraordinarily reactive when the subjects were shown pictures of human beings.

Further research done in 2008 on the temporal parietal junctures (a part of the brain which is tied to empathy) proved that there was higher activity in that area when the subjects who meditated regularly heard the sounds of people suffering. Those who did not meditate showed no such increase in activity.

It Increases Your Memory Skills.

Meditation has long been linked to improved rapid memory recall. Researcher Catherine Kerr (of the Martinos Center for Biomedical Imaging and the Osher Research Center) found that those who were proficient mindful meditation were able to more efficiently “screen out” distractions and increase productivity faster than those who did not practice meditation. Kerr said that this talent for ignoring distractions could explain “their superior ability to rapidly remember and incorporate new facts.” This would seem to be comparable to the influence of being exposed to new situations that will also dramatically improve our memory skills.

It Makes You Less Stressed.

The practice of mindful meditation has repeatedly proven to help those who practice it perform under pressure while feeling less stressed. A study performed in 2012 used a group of human resources managers split into three separate groups. One third participated in mindful meditation, the second third was trained in body relaxation techniques, and the third was given no kind of training at all. At the end of an 8 week period, all of them were given a stressful test in multitasking. The results confirmed that those who practiced mindful meditation did better, and reported less stress, than either of the other two groups.

It Helps You Sleep Better.

A University of Utah study confirms that mindfulness mediation can not only de-stress us and help us get a handle on our emotions, but it can help us sleep better as well. Study researcher Holly Rau said in a statement, “People who reported higher levels of mindfulness described better control over their emotions and behaviors during the day. In addition, higher mindfulness was associated with lower activation at bedtime, which could have benefits for sleep quality and future ability to manage stress.”

In both pregnant women and teens, mindfulness training, yoga, and meditation have shown to alleviate symptoms of stress, anxiety and depression. Researcher Maria Muzik, MD, a professor of psychiatry at the University of Michigan, reported, “Research on the impact of mindfulness yoga on pregnant women is limited but encouraging.” The University of Michigan study created the basis for future research on how mindfulness yoga may lead to an empowered, positive feeling during and immediately following pregnancy.

In addition, mindfulness lowers the risk of depression and anxiety in teens. Research done at the University of Leuven concluded that teaching teenagers, through school programs or at home, how to practice mindfulness meditation could help them experience less depression, anxiety, and stress.

It Wakes Up Your Five Senses.

Mindfulness meditation wakes up all five of your senses. Using a simple guided visualization technique, which you can do on your own, you can move from the left brain (responsible for the past, the future, and language skills) to the right brain (puts you in the right here, right now). Simply close your eyes and start breathing, in through your nose for two beats, out through your mouth for four beats. Repeat this three more times, allowing yourself to become more relaxed as you focus on your breathing. Now, try to notice the most subtle sounds in the room. The loudest are the easiest, but we want to focus on the quietest. What does it sound like? Take a few minutes to focus your full attention on this sound. Next, your sense of touch. Notice your body, and discern what it is feeling. Is it your bum on the seat? The hair on the back of your neck? Allow yourself to feel what you feel for a moment before moving on to your sense of sight. Your eyes are closed, but what do you see behind them? Flashing lights? Cells floating in front of your eyes? Next we move on to the sense of taste. There is always some taste in your mouth, even if you’re not eating. Try to discover what the taste is, see if you can identify it. Finally, we move on to smell. Are you at home, or at work? How does one smell different from the other? What does the room you’re in right now smell like?

Finally, try to wake up and enjoy these five senses all at once. Enjoy the feeling of being fully alive, fully aware and the here and now.

This practice, in addition to waking up your senses, makes you more productive. When we meditate we wake up parts of the brain we don’t use, making us more industrious.

It Makes You A Better And Healthier Person.

Researchers from both Northeastern and Harvard Universities have found that practicing mindful meditation has a profound effect on the area of the brain regulating compassion, and makes us more inclined to perform praiseworthy, do-good acts. This boost of compassion benefits not just us, but the people with whom we interact in our daily lives.

There are also innumerable benefits to our health, which can be broken down into four elements: body awareness, self-awareness, regulation of emotion, and regulation of attention. In 2011, the journal Annals of Rheumatic Disease published a study that concluded that while mindfulness training may not alleviate their pain, patients with rheumatoid arthritis can nevertheless benefit from it stress- and fatigue-reducing effects.

Research done at the Jefferson—Myrna Brind Center of Integrative medicine have found that mindfulness, in conjunction with art therapy, effectively reduces stress in women suffering from breast cancer.

A study done at the University of California, Los Angeles, showed that mindfulness meditation aided significantly in the reduction of dangerous feelings of loneliness in the elderly. It also boosts their health by lowering the manifestation of genetic material connected to inflammation.

Besides all that and much, much more, research in the American Journal of Health promotions shows that practicing mindfulness meditation leads to fewer annual office visits to the doctor. So not only does your health benefit – your wallet just might benefit, too!

One last, and surprising, benefit of meditation is one that very few people talk about: a better, richer sex life. Meditation is now widely accepted as the number 1 way to reduce stress, and stress doesn’t help our sex lives at all. As a matter of fact, meditation reduces the stress hormone, cortisol. Women with high cortisol levels are virtually incapable of having an orgasm. And there is nothing wrong with having fantasies – or even becoming aroused – during a meditation session. It’s healthy and normal, and can lead to a more adventurous, primal sex life. It doesn’t hurt that meditation also makes you more empathic and a better listener.

We could go on for pages and pages outlining why meditation is awesome, but these are a good start.